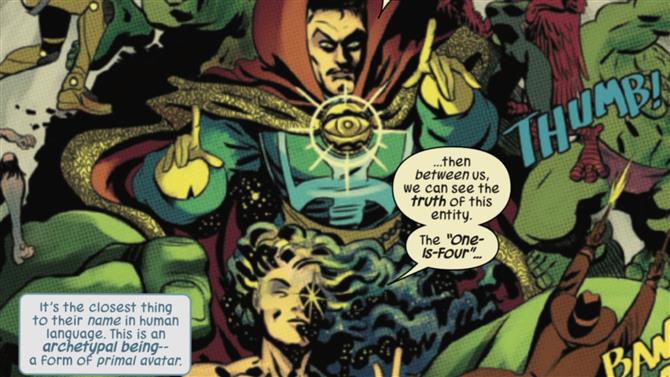 Doctor Strange has assembled a new version of his mystically-charged ‘non-team’ the Defenders to venture into the so-called ‘Fourth Cosmos’, a place where archetypal energies gather to form the basis of some of the fundamental building blocks of the world of Marvel Comics. And in December 15’s Defenders #4, the penultimate issue of Al Ewing and Javier Rodriguez’s limited series, all hell breaks loose in this strange and sacred place. 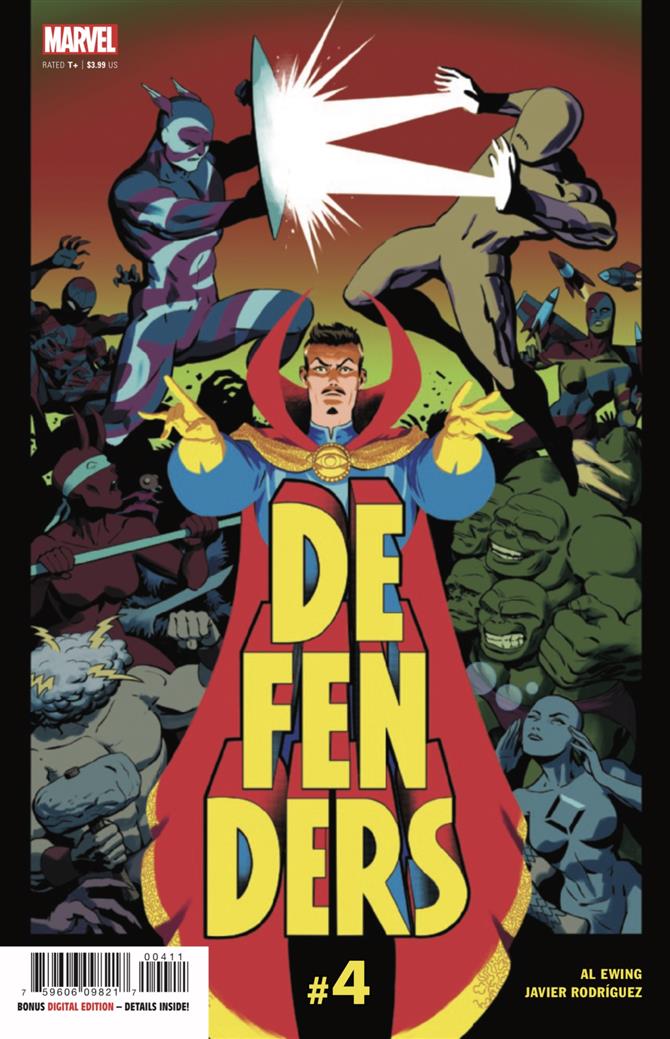 Through the course of the Defenders limited series, the villainous Doctor Zota has sought control over the Fourth Cosmos to remake reality in his own vision as its unquestioned master. Now, it seems like he’s edging dangerously close to this devastating goal, as the Fourth Cosmos warps and frays around him.

In this preview of Defenders #4, Strange combines the powers of his fellow defenders Cloud, Masked Raider, Silver Surfer, Harpy, and Taaia, to create a spell that can counter the power of the Fourth Cosmos and help set things right before it’s too late.

Here’s an advance look at interior pages from Defenders #4, as well as the covers from interior artist Javier Rodriguez and Ken Niimura: 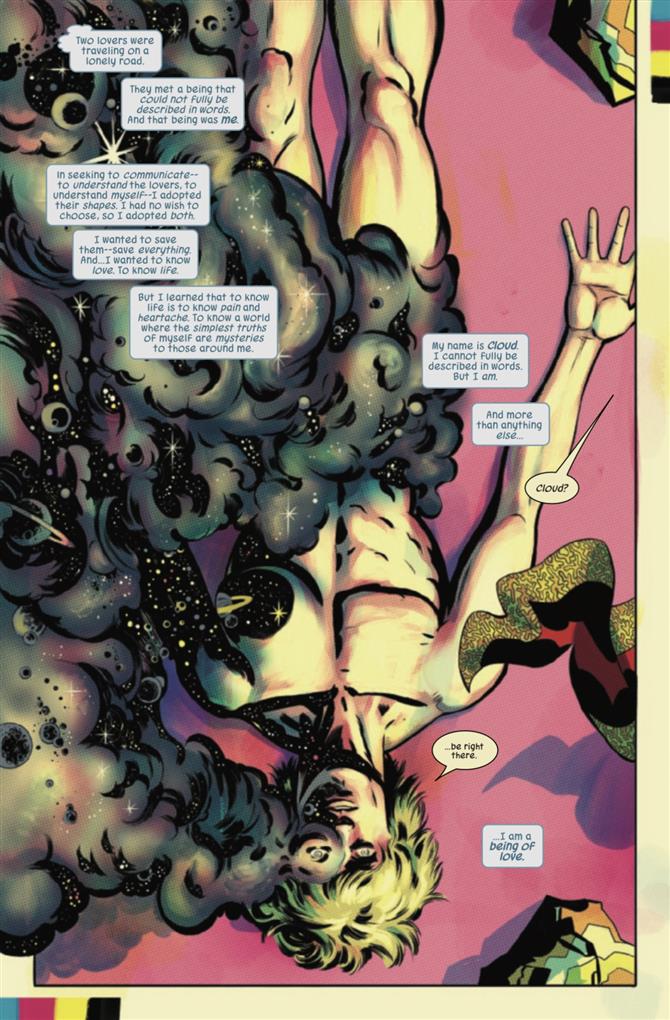 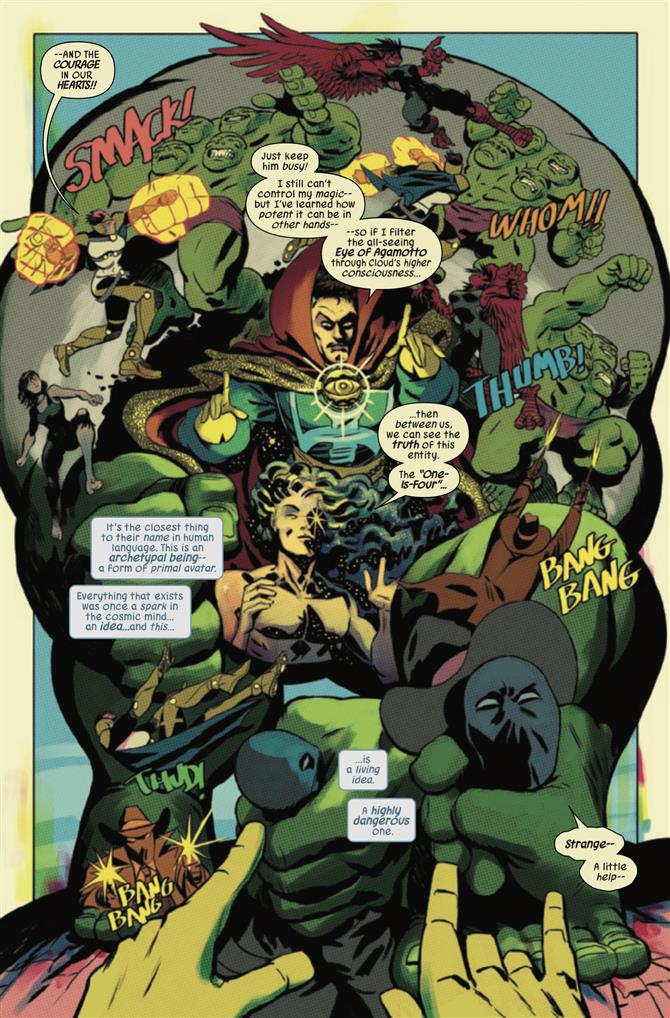 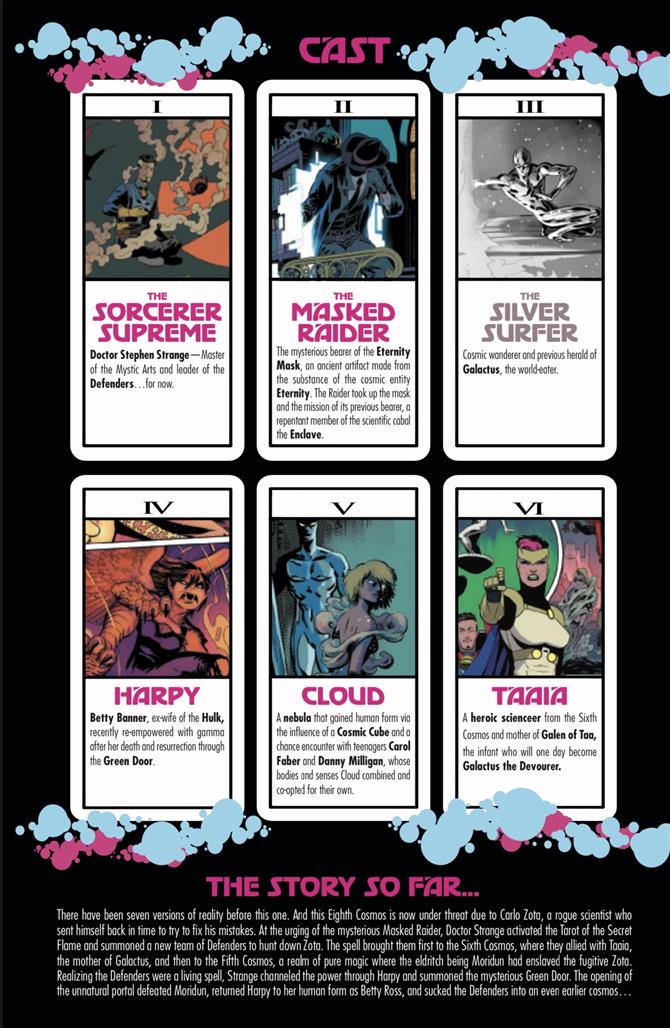 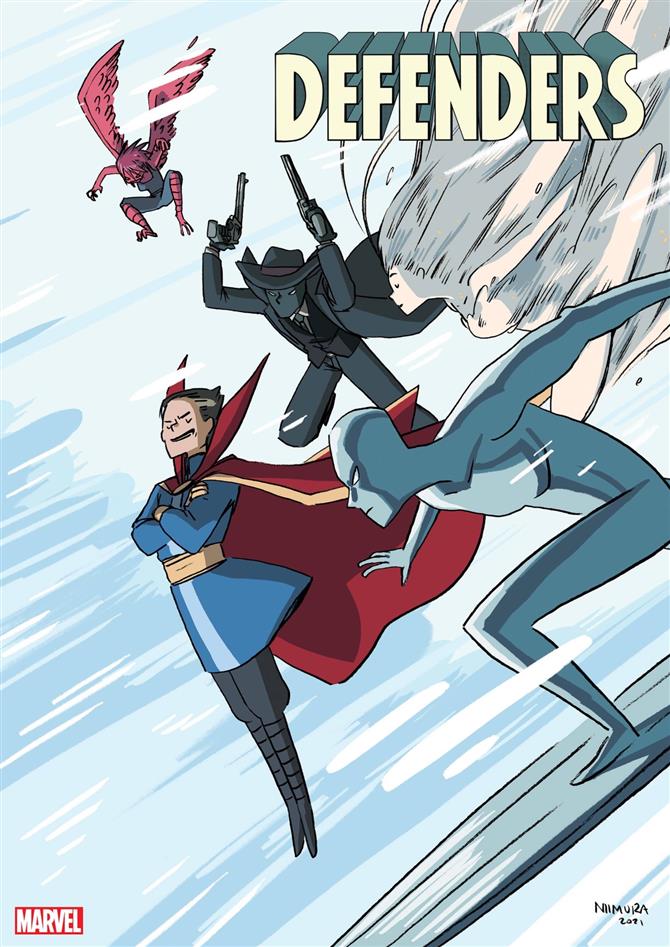 The Defenders are one of Marvel Comics’ oldest teams, though they’ve often factored in more as cult-favorites than flagship characters. Dating back to the late ’60s, the Defenders came together when Doctor Strange summoned together the original line-up of himself, Hulk, Silver Surfer, and Namor for a tenuous partnership.

In the years hence, Strange, and sometimes others, have called together new iterations of the Defenders to take on existential threats – usually of a bizarre magical nature.

The limited series concludes with Defenders #5 on January 19.

Doctor Strange has often been the organizer of the Defenders, but those are far from his only adventures. Here are the best Doctor Strange stories ever.

I’ve been Newsarama’s resident Marvel Comics expert and general comic book historian since 2011. I’ve also been the on-site reporter at most major comic conventions such as Comic-Con International: San Diego, New York Comic Con, and C2E2. Outside of comic journalism, I am the artist of many weird pictures, and the guitarist of many heavy riffs. (They/Them)